The gates of legendary Castle Torrog stand behind the party and - as always, the path to adventure lies ahead.

The party followed the winding mountain road as it headed into the foothills upon entering the shallow vale, came to a crossroad.

Ahead the party spied a goblin atop the old tower.
The party decide to ignore the old tower and turn south to return to the quarry.

It took a day and a half to reach the quarry. The entire journey passes without incident.
The party also decided that stealth was the order of the day and it was agreed that in absence of a rogue, that Valtius the warlock alone would explore.
Valtius descended through the shaft without any mishap. He found himself in a large cavern with 3 exits.

The exit to the north was highlighted and lit by a soft and distant orange glow emanating from beyond the tunnel. Valtius went down through the northern exit which became a tunnel. Ahead was the orange glow.

Valtius quietly followed the tunnel for approximately 100' upon which it opened up into another large  high-ceilinged cavern. This cavern was filled with webbing; the orange glow - stronger now, was coming from another exit on the far side of the cavern.

Before entering this cavern, Valtius took a look around the cavern. Then he spotted it: Hanging from the higher webbing and silhouetted by the orange glow was a spider of truly massive proportions. Valtius froze and considered his actions as he watched one of its huge legs silently and effortlessly move. Perhaps it was rousing itself and had become aware of his movement through the webbing. 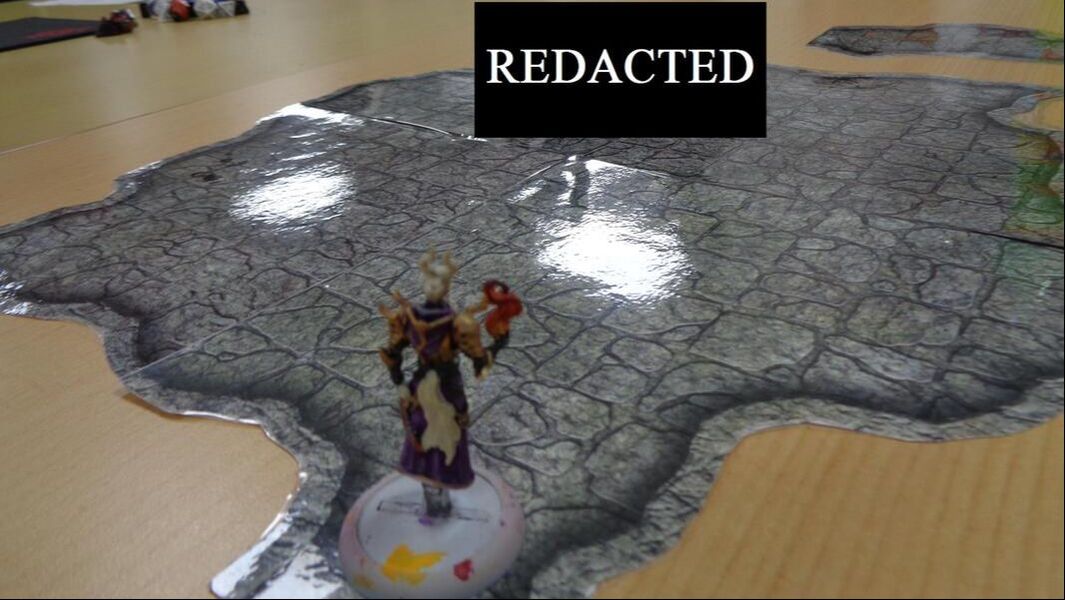 Valtius took it as a sign to retreat. With painstaking slowness he silently made his way to the rope and was pulled up.

When he reached the top, he was hesitant to make any noise and told the party that they should leave immediately. They were a bit hesitant to believe him, but took him seriously eventually.

Before deciding to retreat, the party decided to explore the dead end with the piled up rocks. The party were worried about the noise that they might make and removed the piled rocks as quietly as they could. Once they had cleared enough rocks to crawl through.

On the other side was a small cavern with no further exits. It was here that the party found a body. And the body they found some treasure and loot!
The party did not hesitate in taking the loot.

After this, they decided it was about time to beat a hasty (but silent) retreat.